Home » The Wallace Correspondence Project: Insights into a Remarkable Life » Revisions » Revision of Homepage from Tue, 2021-12-21 17:31

The WCP's online archive of Wallace's letters is now The Wallace Collection in EPSILON. Our previous archive, Wallace Letters Online (WLO), launched in January 2013, has developed a number of bugs and the metadata and transcripts it holds are now very out of date (it has not been possible to update WLO since 2015). EPSILON was developed by Cambridge University Library's Darwin Correspondence Project in order to bring together the letters of 19th century scientists in a cross-searchable digital platform. Combining correspondence data in this way helps recreate the vital communication networks that sustained scientific development, and opens up new research opportunities. EPSILON is as 'future proof' as possible. Letter transcriptions and metadata are held in TEI XML, an established standard markup language for historical texts, and funding is available to secure the archive's long-term future. It is surely appropriate that the correspondence of Darwin and Wallace, the co-discoverers of natural selection, has now been united in a single archive for the first time. Their combined correspondence will be an invaluable resource for historians of science and all others interested in the founding and development of evolutionary biology, biogeography, ethology, and the early history of the modern life sciences. 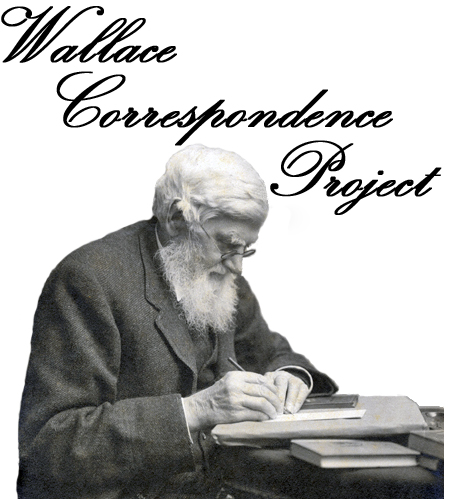