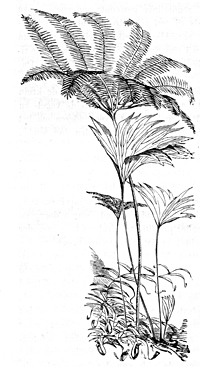 Project Director (2010 - ; full-time from 1/12/2017): Dr George Beccaloni (e-mail g.beccaloni@wallaceletters.org).
George is the founder and Director/PI of the WCP. He is responsible for the overall direction of the project, for managing the project’s MS Access database and websites; writing and updating the project's transcription and other protocols; managing the work of the project's staff; chairing meetings; helping to track down manuscripts which the project doesn't already have; editorial decisions; writing project reports and funding applications; project publicity etc. He is also Senior Editor - checking and signing off on the final drafts of transcripts, and entering and editing the metadata in the project's database.

George has studied aspects of Wallace's life and work for about 20 years. He is one of three co-executors of Wallace’s Literary Estate and the CEO of the Alfred Russel Wallace Trust. George was also the founder of the A. R. Wallace Memorial Fund, which was responsible for restoring Wallace’s grave in Broadstone, Dorset and for funding a number of other memorials to him, including a bronze statue now at London's Natural History Museum (NHM) (see https://wallacefund.myspecies.info/). He initiated and played a key role in the NHM's purchase the world's largest and most important collection of Wallace’s manuscripts, books and insect specimens from Wallace's grandsons in 2002. George has written a number of articles about Wallace and co-edited the book Natural Selection and Beyond: The Intellectual Legacy of Alfred Russel Wallace published by Oxford University Press in 2008 (2nd edition in 2010). His full publications list can be seen HERE. George has given numerous talks about Wallace and has travelled widely in the 'Malay Archipelago'.  He was the Series/Historical Consultant for the multiple award winning BBC series about Wallace, Bill Bailey's Jungle Hero, and spent 3 weeks working in Indonesia with the camera team and the presenter, the comedian and natural historian Bill Bailey.

George has previously designed and managed two other large digitisation projects with online databases i.e. LepIndex: a uniquely comprehensive on-line synonymic catalogue of the living and fossil butterflies and moths of the world (see http://www.nhm.ac.uk/research-curation/research/projects/lepindex/); and the Cockroach Species File Online (CSF), a comprehensive online synonymic catalogue of world cockroaches. George's CV can be viewed HERE.

FORMER STAFF EMPLOYED BY THE PROJECT

Research Editor (1/2/2019 - 31/12/2020; full-time). Matt Beros.
Matt was responsible for meticulously checking and correcting transcripts of letters to and from Wallace which have been produced by project volunteers; researching and writing scholarly endnotes to help readers better understand and interpret the content of the manuscripts.

Prior to joining the WCP Matt worked as a research assistant for the Archaeology of Reading project at the Centre of Editing Lives and Letters (UCL), where he transcribed and translated marginal annotations from the library of John Dee (1527-1609). Matt has an MA in History of the Book and Digital Media Studies from the University Leiden. He also has previous experience working as a copy-editor and assisting with the publication of several books and projects at the Institute of Network Cultures and the University of Amsterdam.

Project Coordinator & Researcher [freelancer] (1/4/2020 - 18/12/2020). Danni Sherwood.
Danni was responsible for coordinating the work of volunteers, freelancers and the project’s full-time Researcher, quality controlling their transcripts and giving constructive feedback; working on mini biographies of Wallace’s correspondents and the project’s master reference list; attempting to locate previously unknown Wallace-related manuscripts in institutions worldwide and obtaining digital scans of them; carrying out the process of due diligence with respect to IP; and carrying out project-related administrative duties.

Project Coordinator & Researcher [freelancer] (2/1/2020 - 31/3/2020). Katrina van Grouw.
Katrina was responsible for coordinating the work of volunteers, freelancers and the project’s full-time Researcher, quality controlling their transcripts and giving constructive feedback; working on mini biographies of Wallace’s correspondents; obtaining digital scans of Wallace-related manuscripts in institutions worldwide; carrying out the process of due diligence with respect to IP; carrying out project-related administrative duties; plus other duties as required.

Project Coordinator & Editor (18/2/2019 - 25/10/2019; full-time). Alice Haigh.
Alice was responsible for managing the work of volunteers and freelance staff; quality controlling their transcripts and giving constructive feedback; attempting to locate previously unknown Wallace-related material and obtaining digital scans; carrying out the process of due diligence with respect to IP; and carrying out project-related administrative duties.

Alice has a background in museum administration and the History of Science. She holds an MSc from the London Centre for the History of Science, Medicine, and Technology and is currently in the final stages of completing a PhD supervised by the University of Leeds and the Science Museum, London, in collaboration with BT Archives, on the establishment of the GPO’s Engineering Research Station at Dollis Hill. Prior to joining the WCP, she was the Instrument Loans Coordinator at the Royal Academy of Music’s museum, and was a regular volunteer at the Hunterian Museum at the Royal College of Surgeons.

Researcher (16/4/2018 - 31/1/2019; full-time). Elizabeth Helen Watt.
Helen was responsible for meticulously checking and correcting transcripts of manuscripts produced by project volunteers and contractors; writing scholarly endnotes to help readers understand and interpret the content of the manuscripts; helping to locate previously unknown Wallace-related manuscripts in institutions worldwide and writing articles about the project and posts for the WCP News blog.

Helen has a Diploma in Archives Administration from the University of Wales, Aberystwyth and an MA and BA (Hons) from the University of Oxford. She has c. twenty-five years’ experience of working at post-doctoral level with archives, mostly on research council-funded Higher Education sector cataloguing, digital editing and database projects. Prior to joining the WCP she worked as a Cataloguer at The National Archives (TNA), Kew. Her previous roles include: Digital Fellow for the Cultures of Knowledge Project at the University of Oxford, where she created a catalogue of the correspondence of Elias Ashmole (1617-1692); and as a Research Assistant on the Edward Lhwyd Correspondence Project at the University of Wales Centre for Advanced Welsh and Celtic Studies, with University of Oxford, where she produced an on-line calendar, with transcriptions, of the correspondence of Edward Lhwyd (c.1660-1709), the early Welsh scientist, linguist and antiquary, second keeper of the Ashmolean Museum in Oxford and Fellow of the Royal Society. In her own time Helen published a well-received book of letters of British Royal Navy Seamen, Letters of Seamen in the Wars with France, 1793-1815 (Boydell Press, 2016).

Archivist (16/4/2018 - 8/2/2019;  full-time): Charlotte Robinson.
Charlotte was responsible for attempting to locate previously unknown Wallace-related manuscripts in institutions worldwide and obtaining digital scans of them; carrying out the process of due diligence with respect to Intellectual Property; cataloguing newly discovered letters using the project's MS Access database; linking scans and transcripts of the documents to the relevant database records; meticulously checking and correcting the metadata in the database; writing detailed summaries of letters; managing the work of volunteers and contract staff; and writing articles about the project and posts for the WCP News blog.

Charlotte has an MA in Archives and Records Management from University College London and a BA (Hons) in Archaeology and Anthropology from the University of Oxford. Prior to joining the WCP she worked as an Archives & Records Management Assistant at Westminster School, London. In her own time Charlotte manages a website designed to help people preserve their personal digital archives (https://www.archiverobin.com/). A previous project she worked on involved describing and digitising a collection of over 10,000 postcards of France from the 1890s onwards (https://quintessenceofplace.wordpress.com/).

Project Administrator (2010 - 2014; 10% of FTE): Judith Magee.
Judith was responsible for facilitating access to the Wallace Family Archive (which is part of the NHM Library Special Collections); line managing the Archivist; managing the budget; helping to write project reports, etc.

Archivist (13/1/2014 - 31/08/2015; full-time): Ruth Benny. Ruth was responsible for locating and obtaining scans of manuscripts from institutions worldwide; carrying out the process of due diligence; cataloguing letters using the project's Access database system and entering scans and transcripts of the documents into the database; checking and correcting the metadata in the database; writing summaries of letters; and managing the work of volunteers.

Ruth has a MA in Archives and Records Management from University College London and a BA in History from the University of Liverpool. She previously worked as Archive Cataloguer for a correspondence project funded by a National Cataloguing Grant at the National Portrait Gallery on the Victorian artist, George Frederic Watts, and as an Archive Assistant at Lambeth Palace Library.

Archivist (5/09/2011 - 23/10/2013; full-time): Caroline Catchpole.
Caroline was responsible for tracking-down and obtaining copies of letters in institutions worldwide, carrying out the process of due diligence, cataloguing the letters using the project's database system, and organising the scans and transcripts of the letters. She also managed the work of volunteers, wrote posts for the WCP News blog etc.

Caroline has a Diploma in Archives & Records Management from UCL. She worked on the Mellon-funded Director's Correspondence Project at the Royal Botanic Gardens, Kew and as Project Record Officer in the Archives and Information Management team at King's College, London.

Archivist (18/10/2010 - June 2011; full-time): Dr Anna Mayer.
Anna helped set up the project and among other things she listed the many letters in the British Library.

Anna has a PhD in History of Science and worked previously for the Darwin Correspondence Project.