Home » The Wallace Correspondence Project: Insights into a Remarkable Life » Revisions » Revision of Homepage from Tue, 2020-07-21 13:58

THE  CURRENT FUNDING FOR OUR PROJECT IS ENDING ON THE 31ST AUGUST 2020.
WE HAVE BEGUN WORK ON VOLUME 1 OF WALLACE'S CORRESPONDENCE BUT NEED TWO YEARS OF
ADDITIONAL FUNDING TO COMPLETE AND PUBLISH IT. WE SINCERELY HOPE IT CAN BE PUBLISHED IN TIME FOR
THE 200TH ANNIVERSARY OF WALLACE'S BIRTH IN 2023.

IF YOU CAN HELP, PLEASE CONTACT Dr GEORGE BECCALONI AT g.beccaloni@wallaceletters.org

Welcome to the Wallace Correspondence Project's (WCP) homepage. This ongoing project aims to locate, digitize, catalogue, transcribe, interpret and publish the surviving correspondence and other manuscripts of the important 19th century scientist Alfred Russel Wallace (1823-1913). Wallace has very many claims to fame, not least that he is the 'father' of evolutionary biogeography and the co-discoverer with Charles Darwin of the process of evolution by natural selection. With the exception of Darwin, probably no one else in the history of the life sciences has made as many seminal contributions as Wallace, especially to evolutionary biology, the foundation of the entire discipline (CLICK HERE). For more information about his life and work CLICK HERE. A selection of noteworthy letters and other manuscripts are listed HERE.

Wallace's letters are a biographical treasure chest, which provides a far better picture of the 'real' Wallace than his heavily edited and censored published writings (e.g. his autobiography My Life (1905) and his letters in Marchant's Letters and Reminiscences (1916)).  For example, Wallace never even mentions his wife's name (Annie) in any of his published writings, including his autobiography. The letters are also key to gaining a deeper understanding of his scientific and other work: how and why his ideas arose, and how they evolved over time. To date, no one has read and studied more than a small fraction of them, largely due to the difficulty and expense of obtaining copies from the large number of repositories which hold them.

The WCP is unlocking this valuable resource by gathering all the letters together for the first time, and transcribing them so that they can be more easily read and discovered using electronic searches for words and phrases. The vast amount of unpublished information which will come to light will surely form the basis for numerous articles, scholarly papers, PhD theses and perhaps the first definitive biography.

1) we have obtained 26,500 digital images of 5,700 letters and 486 other documents (7,387 separate items, including envelopes, enclosures etc) from 240 repositories around the world. Letters have also been found in 250 articles and books.
2) we have catalogued the letters using our project database.
3) our volunteers have produced draft electronic transcriptions of all the letters (we call these "Level 1" transcripts).
4) we have written summaries of 300 letters.
5) our researchers have carefully edited c. 700 Level 1 transcripts and have written scholarly endnotes for them to help the reader better understand the text (we call these "Level 2" transcripts). This research is highly skilled and very time-consuming.

Work we still need to do:

1) researchers need to edit 5,000 Level 1 transcripts and write scholarly endnotes for them.
2) we need to carefully check all the cataloguing information (metadata) in our database for the majority of the letters.
3) researchers need to write summaries for about 5,400 letters.
4) Wallace's 1,733 correspondents and the more than 2,000 other people mentioned in the letters, need to be researched and identified, and mini biographies written.
5) we need to continue to try to locate undiscovered letters in world repositories and obtain images of them. We believe that many hundreds remain to be discovered.
6) a Wallace specialist (the project's Director) needs to carefully check the Level 2 transcripts and the endnotes written by the researchers. The 'publishable quality' transcripts which result are known as "Level 3" transcripts.
7) finally, we need to publish the Level 3 transcripts. We have begun work on volume 1 of The Correspondence of Alfred Russel Wallace, which will contain all letters from his childhood, up until his return from the 'Malay Archipelago' in 1862. We estimate that Wallace's correspondence will ultimately fill 11 thick volumes, each taking about 2 years to produce at the current staffing level (two full-time staff). 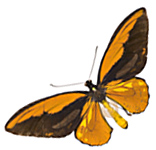 The WCP's online archive of Wallace's letters and other manuscripts is currently Wallace Letters Online (WLO), which was launched in January 2013. However, WLO has developed a number of bugs and the metadata and transcripts it holds are very out of date (it has not been possible to update WLO since 2015), so we are planning to soon use the state-of-the-art Epsilon online archive instead. Epsilon is being developed by Cambridge University Library's Darwin Correspondence Project to bring together the letters of 19th century scientists in a cross-searchable digital platform. Combining correspondence data in this way helps recreate the vital communication networks that sustained scientific development, and opens up new research opportunities. Epsilon is as 'future proof' as possible. Letter transcriptions and metadata are held in TEI XML, an established standard markup language for historical texts, and funding is available to secure the archive's long-term future. It is surely appropriate that the correspondence of Darwin and Wallace, the co-discoverers of natural selection, will soon be united in a single archive for the first time. Their combined correspondence will be an invaluable resource for historians of science and all others interested in the founding and development of evolutionary biology, biogeography, ethology, and the early history of the modern life sciences.

Note that the WCP's Level 3 transcripts will be made available in Epsilon two years after the date of their publication in our proposed series of books, The Correspondence of Alfred Russel Wallace. Please note that most repositories who have kindly supplied images of documents to us for research purposes have not granted us permission to display them on this website or to otherwise make them available to third parties.